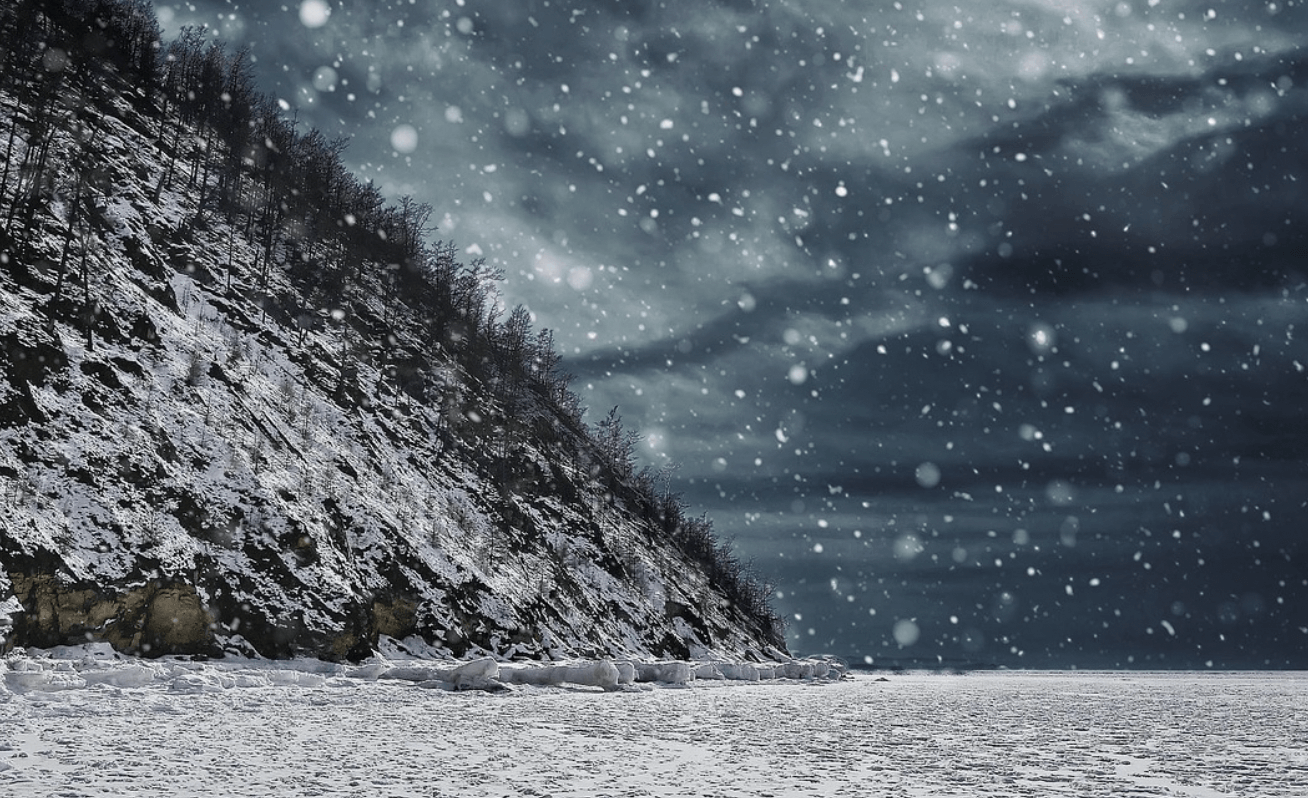 The darkened skies did not match the pristine white paths between the rows of wooden houses. The snow had come early this winter. It poured with a vengeance. The blizzard-like conditions had kept the residents of the small village at the foot of the hills near the sea, indoors for the large part of the week. The darkened skies indicated more snow.
Ella had hoped her husband would get home before the winter blizzards set in. But he had not. That meant he would come only after at least three full moons. She rummaged through the contents of a wooden chest in the faint hope of getting a forgotten coin. The sound of her wailing baby filled the smoke-filled house. Her five and six-year-old sons were busy, playfully fighting each other and blissfully unaware that they had no food in the house. Their mother frantically searched but to no avail. Her search proved what she had known for the past few days; she had run out of food, of milk, and had no money. Her provisions were empty. How will I feed my children, she thought, almost near tears. She had held on to the belief that her husband will be home any day. But now she had to choose the course of action. She had exhausted the options of asking her neighbors and family. They were also thin on provisions, yet they had shared. Some had already run out. The incessant snow storms meant they had not been able to hunt.
Her only option was Gaston. Ella looked back at the kids. Her heart was heavy and she could feel the pressure in her chest and the squeeze in the pit of her stomach. She tucked her baby into the basket. He would cry himself to sleep. She hadn’t eaten for two days and now had little to feed the baby. The older kids calmed down and she made them promise not to venture out.
Pulling on a cloak over her simple gown, she lifted her skirt as she stepped out into the open. It was dull grey outside. She pulled her cloak over and hurried towards the better-looking wooden structures. One of them was Gaston’s house. She had second thoughts as she approached his house, but she urged herself on. She reached the house and entered from the back, through the stable. Gaston heard her and turned away from the warm hearth, biting into a piece of meat. She removed her hood. Gaston looked at her from top to bottom, smiled sarcastically, and waited. A fat man with bad teeth and knotted blond hair, he did not look like the richest person in the small village.
Her voice had a tremor when she spoke softly, “Does your offer still stand?”
He nodded, took another bite of the fleshy meat, and chewed slowly. She sighed, closed her eyes, and slipped the cloak off. Her hands then went to the strings that fastened her gown.