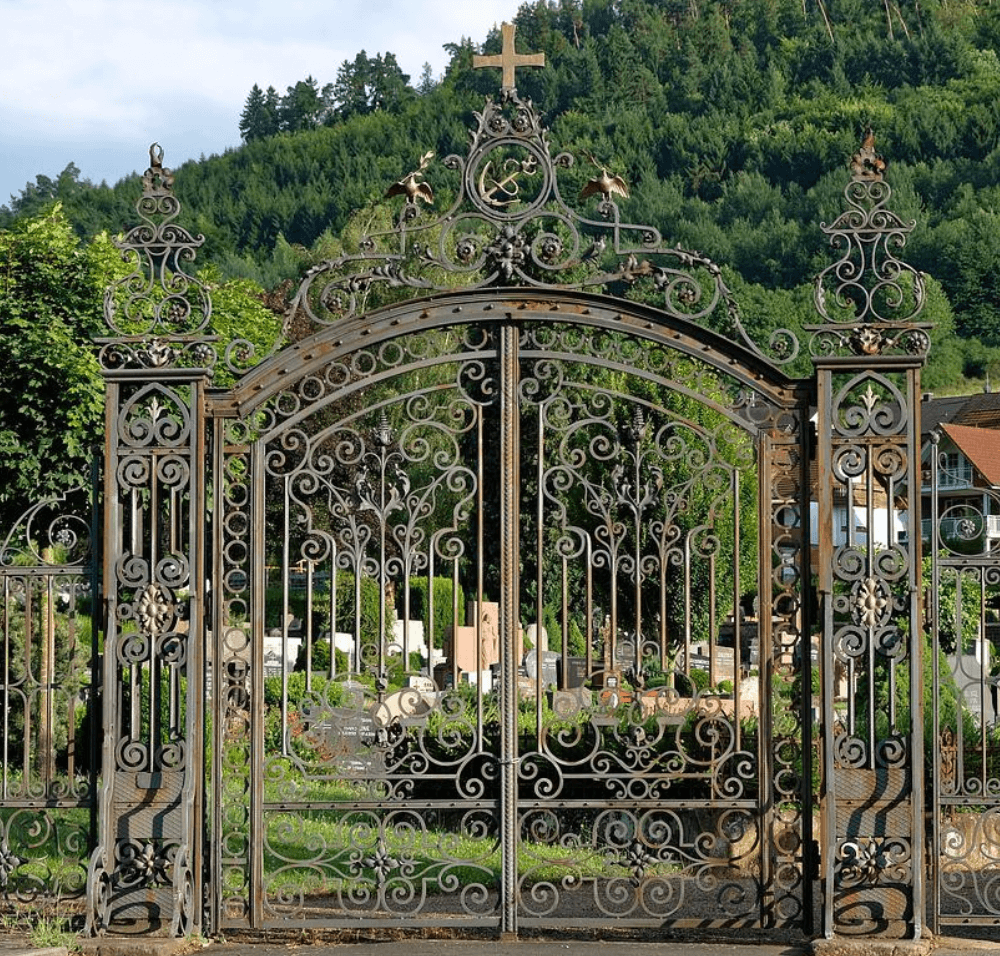 His pace increased as he approached the entrance. The ornate ostentatious gate brought a smile to his face. It is an irony that the residents of this place need that gate. Why? He wondered. Why this gate? Why a gate at all? Well, why not? Came a counter reply from the other side of his brain. Oh well, it might be there to keep people like me out, he thought.
His pace relaxed as he entered the gate. He inhaled deep, the fresh green dewy air of the morning. It was special. It always is special! Today…hmm…to the right. His gait had a bounce. This is where he actually belonged. Soon I’ll move here. That will bring an end to all the misery…the daily fights with his wife, the secret meetings with his mistress, the screaming at his subordinates, the derision from his boss, the indifference of his children, and the contempt of his colleagues. The bastards! But the thought that they would all enter through these gates and join him here eventually gave him solace.
That’s a new one, this headstone would have cost at least ten grand, he thought admiring the new granite headstone in the shape of a rocket. Amongst the more modest headstones near it, the new one proudly announced its arrival with aplomb.