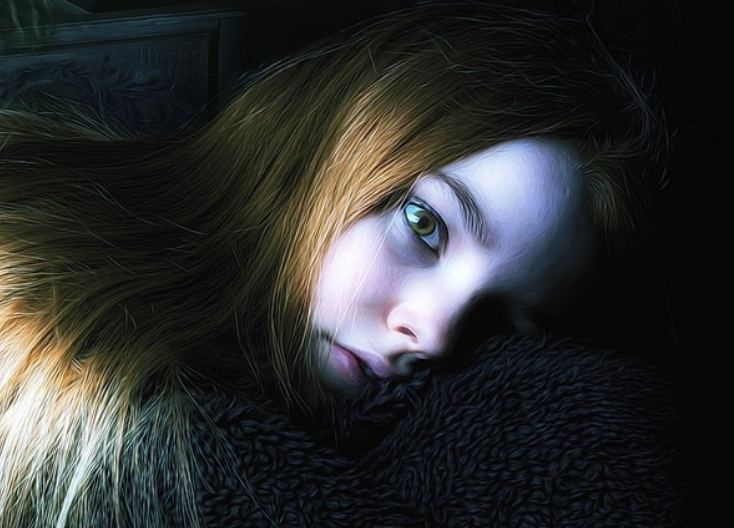 She always waited for him near the door. She invariably knew when he would open the door and come in. Today, he looked extra tired as he opened the door to his house and entered tugging at his tie. She smiled as he kept his laptop bag near the bookcase and checked his mail. She knew he would go to his room and then to the shower. She hastened to the room to make sure everything was in place. Soon, as expected he walked slowly to his room and stood at the entrance for a moment. He was checking his pajamas which were on the bed. “Everything is laid out just for you, my darling,” she said, thrilled that he had noticed her efforts. He shook his head and sighed in exasperation. She was annoyed that he would do that. He didn’t appreciate anything she did and she told him so. She wanted to scream at him but she refrained. He strode into the shower and she went in too. After the shower, donning his pajamas, he went straight to the kitchen. She was already there waiting for him to start his dinner. He again stood still for a moment, “Come on!” he exclaimed, “this has gone too far.”
“Oh! For Goodness’ sake, stop being such a jerk!” She exclaimed, annoyed at his behavior.
Then she saw him pick up the phone and jab at it angrily.
“How many times have I told you not to come into my house and move things around, mom?” he was screaming. Then he listened for a moment before retorting, “Ya sure you didn’t! How else do I find my pajamas laid out on the bed and my table set for dinner?” he paused, listening then said, “No, no I don’t have a girlfriend…and…nobody is playing a prank with me. You are the only one with the spare key, mom.”
“Mom, mom, we are having the same discussion again. Please don’t do this. I don’t like it!” He continued, very irked, pacing up and down in the kitchen.
She was devastated. She loved doing all the things she did for him. And the credit goes to his mom! He is such an asshole! She would have cried with tears rolling down her cheeks but she cannot. Ghosts don’t have tears.